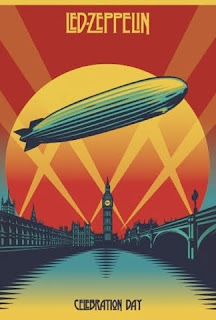 Although 20 million people applied for tickets, the band’s first headline show in 27 years was seen only by the 18,000 ticket holders who were fortunate enough to have secured seats through the worldwide lottery.

The film of Celebration Day will see a worldwide theatrical release by Omniverse Vision on 1,500 screens in over 40 territories on October 17. The theatrical screenings will follow premieres in London, Los Angeles, New York, and other major cities. Tickets for the public screenings will be available on September 13 via ledzeppelin.com.

Celebration Day will then be available in multiple video and audio formats on November 19 from Swan Song/Atlantic Records. Specific product details will be announced soon.