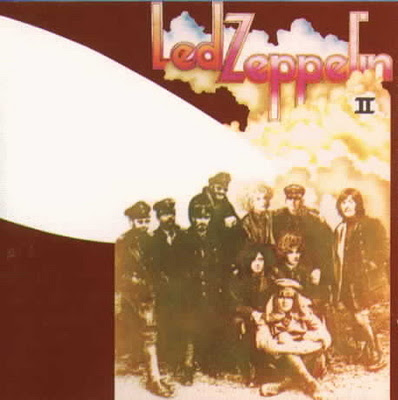 “This was what my sister was listening to in her room and when I heard it there was a defining moment. We all have these pivotal moments where there’s a sense of clarity where we can recall what we were seeing at the time, we can remember what things smelled like and their color and I remember walking through the hallway of our house and hearing ‘Heartbreaker’ coming out of her room and the world stopped. I was stunned because it struck such a nerve and had so much energy. Then when the solo came on I discovered another dimension of music. I was probably ten or eleven. I hadn’t picked up a guitar by this point but that’s when I knew I had to play. I had seen guitars since I was in kindergarten and was obsessed by finding photos of guitars but after hearing Led Zeppelin II I crossed the line between just liking guitars and wishing I could play one, to saying, ‘Ok, I’m going to play…’”

“Oh my gosh, that was another pivotal moment. Queen – for me – is the most unique rock band in history. I love Deep Purple, Zeppelin and all those rock bands from that time but nobody sounded like Queen and nobody could sound remotely like that. There was a magic to them – almost like the band was blessed with something. That band was such a perfect storm because with Freddie Mercury, how could you even quantify his confidence? You couldn’t –it was boundless and he just expressed that constantly in the music. The way Brian May approached the guitar was absolutely unique. You can compare me to other guitar players, you can compare Page to other players but you can’t compare Brian May to anybody because his touch on the instrument had a life of its own and the way that he heard the songs and was able to apply this unbelievable touch to serve the song – as opposed to just saying ‘here’s a guitar solo’ –meant he was the sound of Queen. In fact everyone in that band was the sound of Queen. When ¬Queen II came out it was the most musical, aggressive rock record of that period, for me.”

Steve Vai sobre Made in Japan:

“I wasn’t a fan of live records until I heard this because they always lacked something. But the energy on this record was stunning and the clarity and depth of the recording, the looseness of it, the songs they chose and the whole live atmosphere made it wonderful. Not just that, Richie Blackmore was a giant. I resonated more with Page and Brian May at the time because they had a unique style whereas Richie was just this amazing guitar player. He could take a strat and just play it, and his vibrato, his bending and his chops meant that he was as good as any of those guys. But you can’t compare let’s say the guitar playing on ‘The Battle Of Evermore’ with ‘ Whole Lotta Love’ or ‘Since I’ve Been Loving You’ with ‘Tangerine’, but with Richie Blackmore it was one thing: great rock guitar playing.”