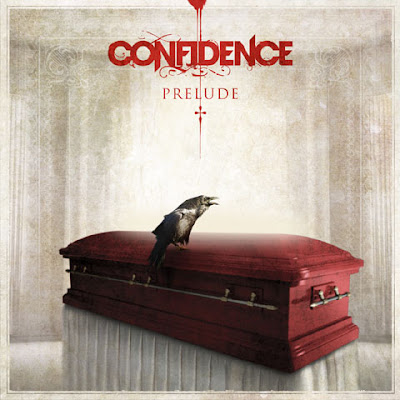 From Metal Revelation, which among other things, take the management of Pegazus, which last year gave us a great album as authentic is that “In Metal We Trust”, comes the note on this first work of The Swedish rockers Confidence.

Swedish rockers from CONFIDENCE I Have Announced That They Will just celebrate Their first release on Facebook With A full stream of the Entire debut-album “Prelude”.

This Online Release Party on Facebook for “Prelude” has been scheduled for May 22 from 11:00 a.m. till 11:00 p.m. CET CET-through www.facebook.com / confidenceofficial

Their first release will CONFIDENCE digital release “PRELUDE” on May 23, 2012-through all popular download platforms.

This 4-track release is Presented as a “digital release” and not as an EP.

Lead singer Emil Kyrk about the concept behind the band Agreement concerning releases: “It is a new world we live in, the old world of record companies, album releases and CD’s are dying. Effectively Internet has worn down the old dinosaurs in the music industry, it’s time to embrace the new technology instead of Trying to get back the old days.

This is the reason why CONFIDENCE will not release our material on a traditional label or on physical media. Instead, we will use the digital channels That exists today. And why release a full length album Where half of the songs are poorly produced very slim Because of the record companies todays budget can offer, when to release songs can you Whenever you want, When They are done, digital-through channels?

As with Our music, we will go our own way as it comes to releasing songs. Each digital release four or five will Contain songs, With at least two releases a year.Our fans will always be Able to enjoy new and fresh songs CONFIDENCE. “

The band has uploaded a series of Already YouTube clips to back up the concept of the band in a visual way:

– A teaser About What is coming up soon