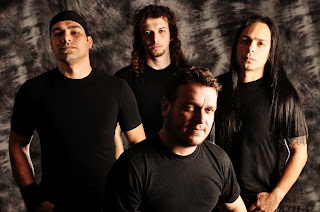 About the video, which was directed by Luís Mário Fontoura (Scelerata, Hibria, Magician), the guitarist Elizeu Hainzenreder comments: “Here we are releasing another video in our career, the third one to be exact. It was very good to work with Luís Mário Fontoura and his crew. I think that watching the video is enough to understand what I’m talking about. The song speaks of things that we regret having done or not having done, but under the perspective of someone who is in the end of his life. We shot it in our home city (Torres), because we thought it would be a great opportunity to present the place that inspired the creation of the band and also the atmosphere of our songs and lyrics.”
Related links:
http://www.desolateways.com
http://www.youtube.com/desolatewaysofficial
http://www.myspace.com/des0lateways
http://www.facebook.com/pages/Desolate-Ways/136321196391136
http://twitter.com/desolateways