To Cast a Shadow – In Memory of: Escucha el disco entero

Inicio >> To Cast a Shadow – In Memory of: Escucha el disco entero 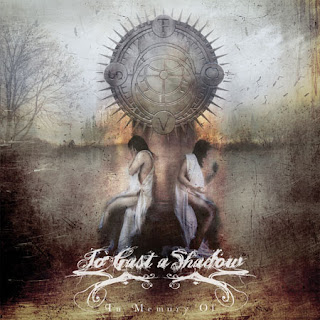 To Cast a Shadow
In Memory of

En su web oficial, ellos mismos nos ofrecen una “review” de todos los temas que componen el disco. A modo de ejemplo:
Tormented: This is a very different song, and a new side of TCAS. So we thought it might be fun to surprise a few people out there and start the new album with this (in a TCAS sense) extreme song. It started out with a couple of riffs that gave Kent the opportunity to really experiment on the drums, and there is even a blastbeat at 3:40. Not very typical TCAS stuff! We invited Hans Kristian Nørgaard to do some male vocals on this song, and he came up with a couple of lines that really lifted the song to another level, and it matched Gunnhild ‘s dark and hypnotizing voice. All in all a good song to illustrate some of the changes and progress we ‘ve had these last years. The intro to this song was created by Rikard Lofgren at Leonmusic, Sweden.
Morose: Kent surprised us all when he came up with this weird and creepy tune, based on a true story. It has a smooth, progressive rhythm that almost feels off-beat, and it matches the strange story told in the lyrics. Gunnhild returned to the studio to record another version of this song, and it resulted in a lot more presence. The tom-tom drums were fine-tuned and somewhat highlighted in the verses of this song, and the resounding attack of the birch drum shells is well displayed here. We recorded the guitars with a Fender strat, although a Gibson Explorer is used on some lead parts. At 2:05 you can hear me play my 20 year old beat-up, worn out acoustic guitar. In a strange way it has aged well, even though it belongs in a scrapheap. Gunnhild’s amazing operatic voice at 2:57 is worth noticing. 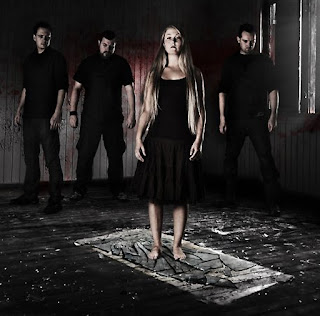